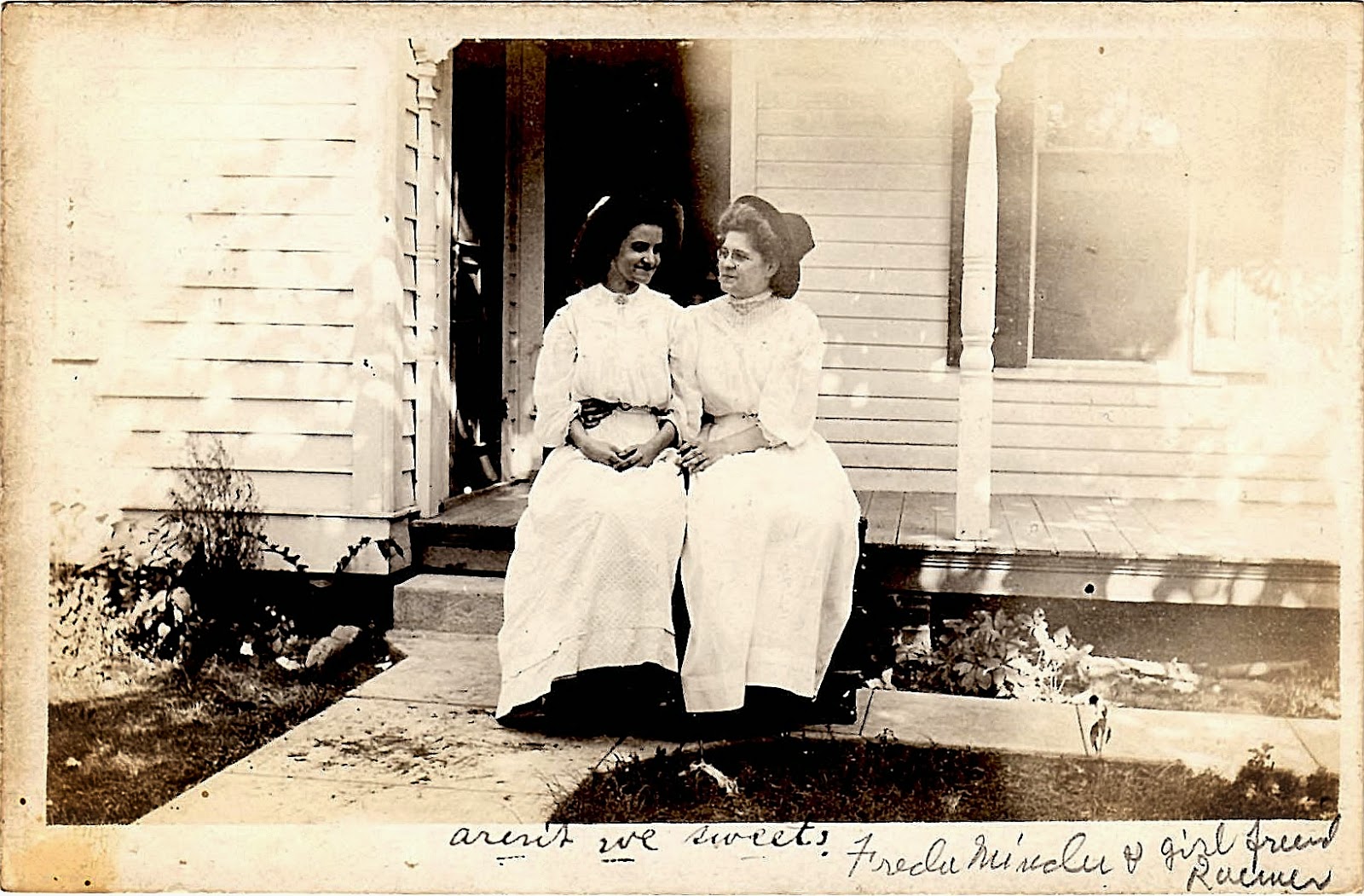 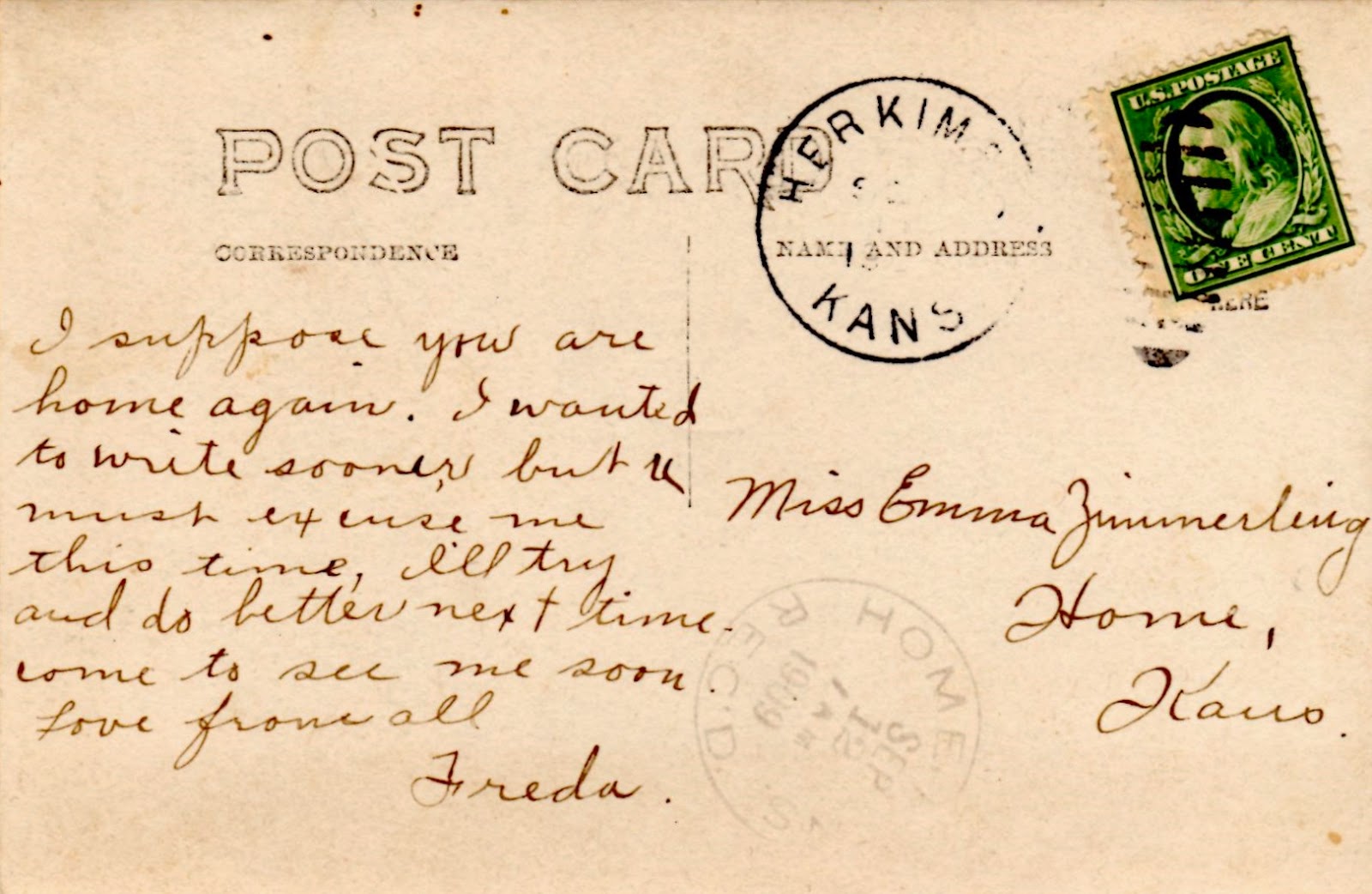 "I suppose you are
home again. I wanted
to write sooner but u
must excuse me
this time, I'll try
and do better next time.
Come to see me soon.
Love from all
Freda."

At first glance this seemed to be nothing more than a picture postcard of two friends posing and having a nice time- until I realized it was addressed to Emma Zimmerling, the same Emma from this post! Thanks to the address, Home, Kansas, I was able to find Emma and her sisters as well as Freda Minder.
The Zimmerling's were German immigrants and their father, Ernst Zimmerling, was a farmer. Ernst and his wife Carolina had 10 children, including Emma, Bertha, and Anna. Emma married Henry W E Kossow who, like her father, was a German immigrant farmer. They had no children, though Bertha, who never married, lived with them. Emma died in 1967.

Freda Minder was born in Switzerland to parents Adolph and Rosa Minder, who initially came to Home, Kansas before settling in Herkimer (I have a feeling Freda met Emma during their brief time in there). Adolph ran a harness shop in Herkimer until his death in 1906. On May 10th, 1914, Freda married successful businessman John H. Krug. She died in 1945.

If you know who these lovely young ladies may be, let us know in the comments!