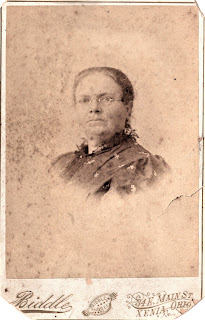 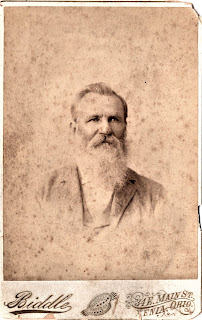 These photographs are of Joseph Ritenour and his wife, Lucinda, the in-laws of Robert Wainwright from my last post.

Joseph R. Ritenour was born in Virginia in 1834. He was a farmer and veteran of the Civil War, having served in the Union army in the 73rd Regiment, Ohio Infantry, Company D. He married his wife, Lucinda Little, on October 25th, 1860. Lucinda was born in Ohio in 1839 and grew up there with her 5 siblings. Before her marriage, she worked as a teacher in Ross, Ohio.

Joseph and Lucinda had 5 children, the third of which was Anna (wife of Robert Wainwright), born in 1863.